skip to main | skip to sidebar

Blast from the past!

I thought I had trouble throwing things away. Now I realize that I'm normal. This woman is a pack rat.
Upplagd av Unknown kl. 4:15 em Inga kommentarer: 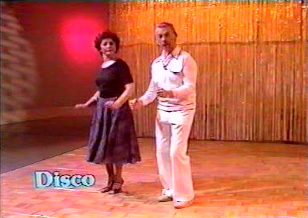 Speaking of stupid disco... for your viewing pleasure, I present the famous Finnish disco lesson. As with many instances of ownage, the ownee doesn't even realize how owned he is. It's sad, really. But amusing too. Owned!

"Call on Me" music video 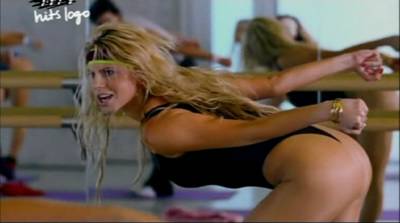 Here's a still from the video Häggman mentioned. I think this counts as "owned by the 80s." The makeup, clothes and boom box are all 1980s vintage. It makes be want to join an aerobics class.
Upplagd av Unknown kl. 1:35 em 3 kommentarer:

I´ll take you all to f**king hell!

Don´t mess with this guy!

The SCO smackdown continues. Today IBM filed for summary judgement on its eighth counterclaim, namely that SCO had distributed IBM code in violation of IBM's copyright. The code was released in SCO's Linux products under the GPL. SCO has since disavowed the GPL; IBM cliams SCO has violated the GPL. Go, Big Blue!
Upplagd av Unknown kl. 12:26 em 1 kommentar:

Real Networks's Freedom of Music Choice site purports to reveal a massive groundswell of public sentiment behind Real's effort to convince Apple to open up the iPod to competitors' music services. Whatever you think of the merits of Real's position, the site is blatant one-sided proaganda. In an attempt to show all the grassroots support for their position, Real started a petition. Well, this kinda sotra backfired when nine out of ten of the signatories added comments critical of Real. Now they're trying to cover it up. Real put up a new petition that does not allow signatories to add comments.

Freedom of choice is apparently a good thing, but freedom of speech is to be discouraged when said speech is incompatible with corporate goals. The original petition, complete with comments, is still online. Owned!